Ok – I know I said I have a lot of news, and as it turns out I’ve actually got way TOO much to tell in one post. So this is merely part one of the super-large update which I’ve been planning since… well, a long time. You’re… erm… still here… right?

*watches tumbleweed slowly float past a decrepit howling wolf*
Right, down to biz. First bit of good news. Numerous projects of mine have come to light, which, during a particularly difficult time right now, has managed to keep me optimistic enough to stop pushing pencils into my ears and eyes. Last year I wrote a single page story called A Twilight’s Promise. The plan was sketchy, but it was accepted by a small indie publisher who originally intended to collect a massive group of one page stories by various writers and have them drawn by one artist.
And then that whole project fell through.
So, I was left with this one page script which I knocked up in a day or so, easily the most depressing tale I’ve ever written, sitting in the drawer until I could find an artist and home for it.
I found both a couple months ago. And it’s nearly finished.

I’ll tell you more about A Twilight’s Promise when it gets published – by who, where and when I’ll explain in the next update (oh yes, slacker-no-update-boy went there). In the meantime, here’s a sneak preview. Only one panel, because, well, it’s only a four panel story. And even in its half completed state (no speech balloons, dialogue captions or finished artwork quite yet – but what Ariyana has done so far is fantastic) giving away a one page story that will be sold in the near future is a little loonier than I can go for right now. At least wait for the opium to kick in…

A Twilight’s Promise (one panel preview) – drawn by Ariyana Vidya

Good news number two. I don’t usually do this, as it slightly breaks etiquette, but just this once I’m going to. As some of you may know, I write for Sony Computer Entertainment Europe on the official PlayStation site. And while none of the great team that works here have bylines to tell you who has written what, I’m happy to say the site became home to what is, in a strange and slightly ironic way, my first piece of published (in the public domain) prose. It’s a short two part story based on the Sony PlayStation 3 futuristic racing game, WipEout HD. Click on the text links below the images to read them. 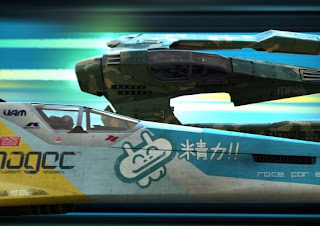 Live fast… in the cockpit of WipEout HD – Part one 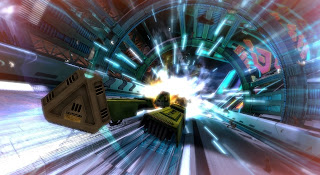 Live fast… in the cockpit of WipEout HD – Part two
It may not mean much to you if you’re not familiar with the WipEout games, but hopefully it still makes some sort of sense if you’re not.
While I haven’t fulfilled my aim of being a novel author before I turn 30 (short of me actually finishing one of my novels, it getting picked up and then put on the shelf in the next 4 months), it’s nice to think I managed to get something like this and two comic stories (yes, two – more on that next update *cackles*) out the door and publically/officially published all the same, with more to come.
Next update you’ll get another glimpse at what I’ve been up to the past month, planned and published – although eagle-eyed readers may already have spotted the latter…