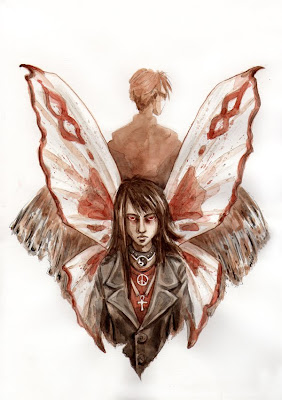 Later than planned, yet earlier than it would have probably been, this update comes with a modicum of Christmas cheer, sprinkled with a dash of weary caution that has come with 2009 so far. It’s been a year with a bewildering array of ups and downs that have kept punching me in the face/feeding me heavenly strawberries right up until now, and I fully expect that to continue right into its death-knell before we celebrate the arrival of a newborn 2010. That said, it’s better than having just a year of bad news with nothing to balance it out. At least, that’s what I keep telling myself… 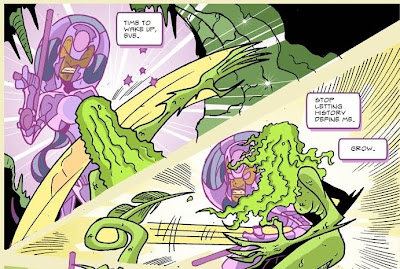 In any case, the writing side of things has been mostly good and my sights are firmly placed on 2010 for things to get even better.

My collaborative graphic novel, Butterflies and Moths, is well on the way. I finished the complete draft of the script a few months ago, fired it over to my partner-in-crime, artist Jen G who has been busily working at it since, as you’ve seen already. I couldn’t be happier with her work so far and you’ll be treated to nearly half of the coloured pages from chapter one in a sneak unlettered-but-sequential preview in the next entry, all things willing. While you wont be able to read the dialogue, it’s testament to Jen’s strong storytelling skills that you’ll likely have an understanding of story’s bare bones from the artwork alone. Fingers crossed we’ll have a whole, entirely finished chapter ready to preview to the world in a couple months. Which makes me smile. 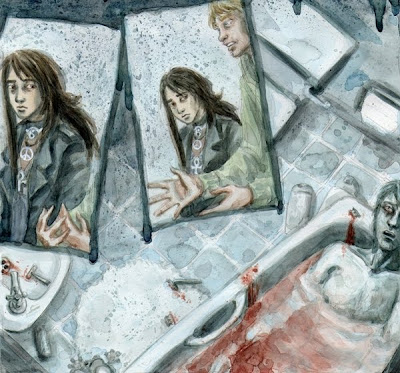 Regarding the actual script, well, I’m happy with it. It still needs tweaks here and there, which I’ll likely be doing right up until the book is nearly drawn in its entirety, but that’s the nature of comic books – as with anything creative, you cant help but tinker with it, but when you see the artist’s interpretation of your script you tend to crop dialogue which has become superfluous or change bits to better suit the depiction. It’s work all the way up to launch (and then after that, given the promotion) but it never really feels like work… and that’s part of the grand aim. 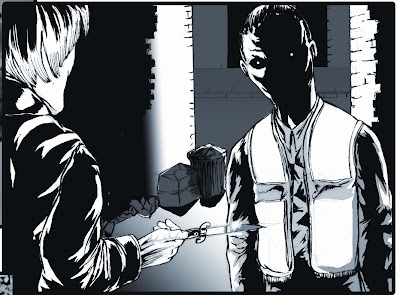 There are also a few other things around the corner, as you may have seen in the image previews dotted on this page… but we’ll get to those in due course. Oh yes. 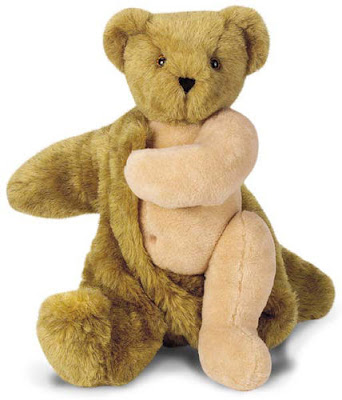 Non-preview image – Sexy bear stripping off for Christmas. You like it, don’t lie, I can see it in your eyes. “Grrr” indeed.

Look out for the preview and have a fantastic Christmas/New Year!