Well, so much for that.

My grand plans to do a couple run-up blogs just before the launch of mine and Sergio’s miniseries, Magic of Myths, kinda fell apart on Saturday morning when I collapsed in horrendous pain and had to be rushed to hospital. Doped up on morphine and oxygen, hooked to a drip and unable to regulate my own breathing through a mixture of agony and mild panic, I eventually discovered I had a kidney stone trying to make its way around my lower abdomen. It damaged my right kidney slightly and was trying to pass through a duct it was far too big for. As they often attempt.

The result was several days in hospital, fasting for a potential operation and having long needles and tubes attached to my arms to keep me hydrated. We won’t talk about having to pee into cardboard boxes, wearing oh-so-sexy hospital stockings and gowns, and the constant feeling of sickness and/or fatigue quite yet, but needless to say, I wasn’t going anywhere for a while.

So, my last 6 days have been pretty much spent in bed. I thankfully avoided surgery (which, as one doctor cheerfully explained, would have involved sticking a long tube into a place I’d rather not have it stuck in to repair the kidney), and I’m now out of hospital, but constantly tired and groggy, feeling nauseous at times, and the pain across my arms and kidney reminds me (along with falling into the sink, freezer, walls and other inanimate objects) that I’m still in a vulnerable state. I’ll be on medication and painkillers for a short while while my kidney re-knits itself and my body gets used to having food which isn’t just saline solution.

However! Magic of Myths is still launching tomorrow. 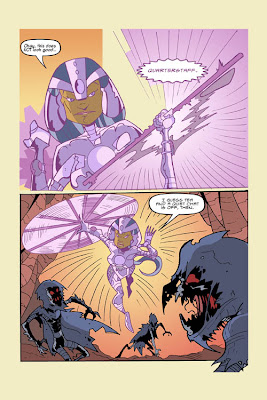 It won’t be as big a launch as originally planned, with physical promotional copies to be given away in some comic book shops (initially for Free Comic Book Day on May 1st) now postponed, but the launch of the book is still set to go live at http://magicofmyths.wordpress.com/, where you can read the first issue for free, along with other behind the scenes goodies to enjoy. Most of the work was done before my kidney explosion, so the stuff planned for this week was mostly just marketing and promotion, but hey, these things happen.

So, I hope you can spare a few minutes to head over to http://magicofmyths.wordpress.com/ and check out the first part of a miniseries Sergio and I have spent a lot of time creating. Spread the word, subscribe to the site for free and if you like it, please do tell others about it. We’re very much a small publication that can only survive off your word of mouth, so anything you can do is a massive help. 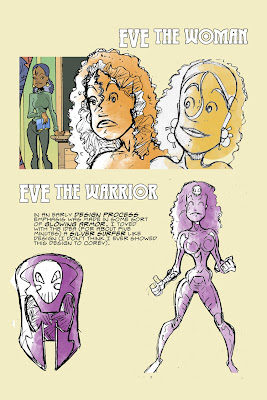 Right, the meds are calling, as is the nausea, so I’m off. I may not write here for a week or so while I get myself together (just as well most of the Magic of Myths stuff is already written and scheduled), but I’ll hopefully catch you soon. And please do stop by http://magicofmyths.wordpress.com/ and let us know what you think of the miniseries.