Twilight comes around once more 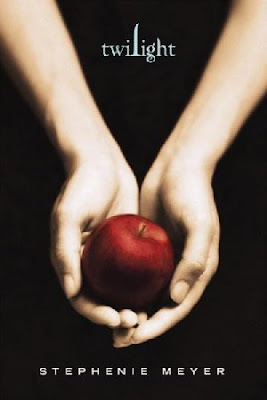 I know I’ve been talking about a story I wrote which was recently released and on sale, but now is not the time to discuss that – we’ll come back to it in a month or so when the time is more appropriate. Instead, I’m going to focus on a story which is possibly going to get me into slight trouble next year, albeit entirely accidentally.

Due for a mid 2010 release in Insomnia Publications’ next Layer Zero anthology, The Twilight Cleaner is a vampire story.

Yes, I know what you’re thinking… 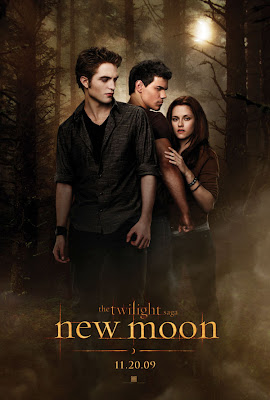 In the wonders of typical creative coincidence, the emergence of the Twilight books/films has become a big ol‘ double-edged sword for me in the past 12 months, and will continue to be so for… well, as long as the films and books are popular. And The Twilight Cleaner (or TTC, as I’ll refer to it) is the crux of that, because people will think I wrote it in response to Stephenie Meyer’s popular teen-vampire saga.

Thing is, I wrote TTC way back in 2006 before I’d ever heard of the Twilight books – it’s just taken this bloody long to get my story out, as per the glacial world of publishing (and almost to prove how slow the wheels move in this industry, it took Meyer 2 years to get Twilight released, from writing it and the book deal in 2003 to publication in 2005, before the film option came in 2007… and this is considered ‘quick’ by normal standards).

So what’s going to cause the hoo-ha, if any at all? Well, I re-read my script recently as very talented artist, James Daniels, is currently drawing it, and I made the realisation it could be seen as a counter/commentary on the Twilight novels.

See, when I wrote this short 12 page story, it was for another publisher who was looking to complete an anthology of horror shorts. I knocked out the tale while on holiday in Florida for my Mom’s birthday, the editor was happy with it and we were all set to go.

Then the project fell through as the publisher disappeared.

This was the second time a publisher fell apart before my story was published, so the hammer didnt quite fall as hard as the first time, but I was still a little saddened by the whole thing. Yet, I had a story written and finished, and that’s something that never goes to waste.

Fast forward to 2007, and a friend at work introduces me to James (who also works at Sony), a superb young artist looking to get into the comic book industry. I fire him over TTC and he creates some samples, which turn out to be phenomenal.

Jump to 2009, and my first ‘high street shop bookshelf story’, Butterflies and Moths: Fragile, is released by Insomnia. They’re looking for more shorts of a twisted kind to fit the theme of the next book, and TTC is a perfect fit. James is still keen to work on it and starts to deliver the goods, of which you’ll see below in the first public preview of the story.

Now, The Twilight Cleaner is a story about a young female vampire called Kira, who is forced to clean the roads at night at the command of her vampire sire. Unable to hunt during the day, they prey on the drunk, the violent, the homeless and others who roam town during the twilight hours. Kira is fed up, a lonely figure of enforced servitude and boredom, but her vampirism doesnt let her make any friends, while loyalty to her ‘master’ keeps her enslaved, ‘cleaning’ the streets in more than one sense (albeit in very unsavoury ways), against her will. And after acting as the bait for countless victims, feeding off those mostly undeserving, she’s had enough…

In essence, something of an opposite to the Twilight saga’s main character, Bella.

The fact Kira’s a vampire (who looks around the same age as Bella, but is a lot older), seems to reject the submissive ideals that Bella falls into, the use of ‘twilight’ in the title and another plot point that comes up in the story, would suggest some sensitive Twilight fans looking too deeply into the material with this unintentional commentary in mind may think I’m being mean-spirited. “‘Twilight Cleaner‘? Who does this guy think he is?! Is he suggesting his story is ‘cleaning up’ the Twilight saga by trying to be better or something? That this is how vampires are supposed to be? How Bella should act if she was turned?” and so on.

I admit, it’s a happy accident that both the third film in the Twilight saga, Eclipse, and The Twilight Cleaner will share a release date within bare months of each other next summer. But like everything else between the two properties, these are coincidences that I can only smile at. Like this 🙂 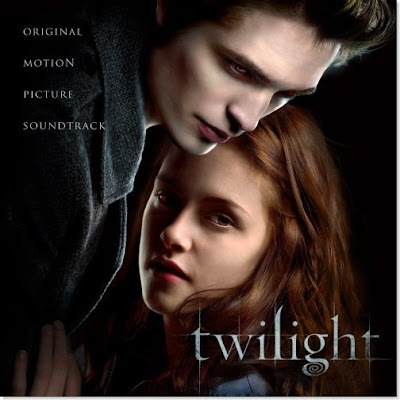 Whether or not people will even notice my little story anywhere near the juggernaut of the Twilight saga is hugely debatable, even if it’ll be sitting in the same book shops next year. In fact, all of this only occurred to me when a friend pointed out another story of mine had ‘twilight’ in its title (A Twilight’s Promise, which has no vampires in it, promise), at which point I realised what had happened. But it gives me something to write about, and hell, made me realise that things do indeed happen for a reason – The Twilight Cleaner will come out during a time when vampires are very much in-fashion again in the media, between the likes of Twilight, True Blood and other vamp-related properties.

Anyway. Here’s an early and unfinished 2 page preview of The Twilight Cleaner fresh from James’ drawing board. There will be more artwork previews coming up soon, not just for this but also for Butterflies and Moths, and a bit more detail on what stories I have coming out in 2010. It should be a huge year between a short story, graphic novel, planned mini-series (more on that soon) and potentially, hopefully something absolutely huge come this time next year… keep your fingers crossed for me… 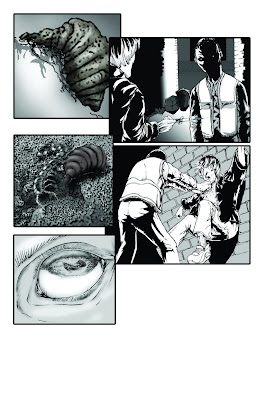