Butterflies, Magic and a little bit of murder

After having six stories published and more on the way, the feeling of mind-numbing anxiety has lessened a little, knowing that something I’ve spent days/weeks/months working on will be read and judged within mere minutes, but it’s still a strange trial to see your work on sale for, well, actual money. And learning not to instantly die inside from paranoia when you hear a sentence start with “I read your story…” and hoping everything that follows isn’t along the lines of “…and I want those minutes I wasted back, please.”

It’s a writer’s job to be slightly neurotic, after all. That, and to possess a wonderful god-complex.

Butterflies and Moths: Fragile is now out in the rather great Insomnia Publications anthology, Layer Zero: Choices, which is packed to the brim with superb short stories and amazing artwork. While there’s not been any real reviews as such, the verbal feedback I’ve heard has been good. And while I can’t trust my friends and family to be totally impartial in their opinion of my work, they’ve been honest enough to let me know if they were confused or offended by Fragile, which a couple were (the latter because of the coarse language used at the start of the story, which I explained away with enough justification for it to be acceptable. Phew. Still not sure my grandparents should read it, though).

Thankfully that’s been layered (sorry, bad pun) with generally good feedback on the story, especially in regards to Ariyana’s stunning artwork. Once again, many thanks if you’ve spent the money to buy the book – I’m very happy with the way it’s turned out.

At the same time, yes, it’s nice to hear positive things, but it’s arguably more useful to discover where I took any missteps in the narrative – a lesson especially valuable given Fragile will be followed up by my main graphic novel, Butterflies and Moths, due for release next year. I may have a larger landscape to tell my story, given that will be around 150 pages rather than just 12, but it also means a larger scope for mistakes. And as it’s my largest project (my series work aside), there’s a fair bit of pressure. Which I’ll have to get used to if I want to make a go of this full time again. But I’m excited to see the book slowly come to life, and fingers crossed you’ll see some good news about it next week, in one form or another. Oh yes, the scene curtain is ruffling…

In other news, the second issue to Magic of Myths is all but done, which means I really should get to work on writing the script for issue three – even though we’ve not got to the publishing plan stage yet. It’s a strange, if kinda nice feeling to know I’ve a talented, speedy and professional artist knocking out the artwork and having two issues complete even before we’ve gone near a publisher yet (having something to show for yourself in pitch form is one of the biggest hurdles to overcome in trying to get steady series work), and I can honestly say Magic of Myths #2 is one of the most ‘complete’ feeling stories I’ve done in terms of how it’s come together and ended up. I’ve attached the first couple pages as a preview below. 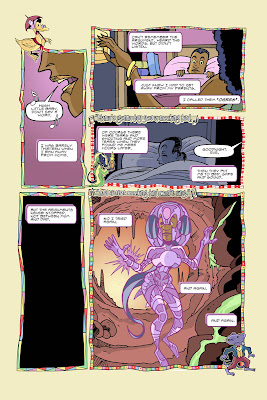 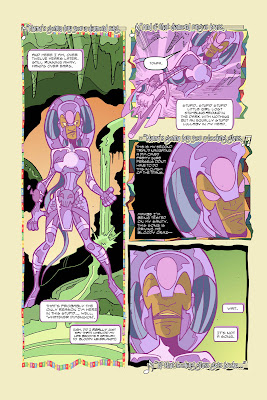 A quick plug before I go – Insomnia Publications is gearing up for the launch of its next big book, Burke and Hare, a bio-graphic novel. The blurb sums it up best:

Burke and Hare by Martin Conaghan art by Will Pickering, letters by Paul McLaren

Over a 12 month period from 1827-1828 in Edinburgh, Scotland, two Irishmen by the names of William Burke and William Hare murdered 16 people and disposed of their bodies to the eminent dissectionist Dr Robert Knox at 10 Surgeon’s Square. Delve into the murky, misquoted history of Scotland’s most notorious serial killers with a research-based graphic novel that unwravels a ghoulish story of medicine, murder and money.

Right, that’s all for now. Next update should come with some cool news…