The third season of Heroes starts this week in the UK. And after watching the first two episodes, I’m wondering if this is a good thing or a bad thing.

I’ve been a fan of the superheroes-set-in-real-life drama since its first season in 2006, despite its faults which became increasingly apparent during the rather mixed second iteration (curtailed due to the 2007/08 Writer’s Guild of America pay strike that affected a large number of American TV shows in the tail end of 2007). Accusations of a slow build up, repetitious and tedious plotlines that didn’t go anywhere, dodgy acting, and forced storytelling increased over the short 11 episodes – some of which I agreed on, but I still persisted. It wasn’t perfect by any means, but it was entertaining enough.

Now I’m not so sure.

Don’t get me wrong. I’m not a crazy pedant who picks nits off the show’s hairs because of some barely disguised passive aggressive hatred for it (not yet). I’m willing to let a few things slide in any form of entertainment as long as it does a good job of making me forget its inadequacies. But so far, Season Three of Heroes is a classic case of taking too much of the vocal fan complaints on board without trusting in the reasons why they became fans in the first place.

One of the big problems many people voiced of Season Two was that it was too slow. In truth, yes, the pacing was all over the place, but that was partly because it understandably wasn’t taking into account that there was going to be a strike cutting over 20 episodes to 11. So we had all this measured, methodical build up, and then suddenly lots of things happening all at once as the Season ended. It was all a bit manic, but forgivable under the circumstances. And heck, the apparently lethargic pace wasn’t a problem for me at all – true, we could have done without the bizarre and anticlimactic plot devices (such as “what is in… the BOX?” Oh, it’s just some ID stuff for Peter, and it doesn’t really reveal anything new to the audience… hmm), but it was a similar pace to the first Season, if not slightly faster, and it worked well to create a sense of cohesion in the plot, not least leaving the characters space and time to breath.

Whereas Season Three, well, everything gets thrown at the wall. With super speed. And half of it stuck, while the other half left me going “whut?” or, for the first time during the series, rolling my eyes.

I’m going to have to venture into revealing and spoiling parts of the first two episodes now, so if you don’t want to read about it, turn back now. Really, just kill the page and come back when you’ve seen them – short of an apocalypse, or maybe a devastating economic crisis (…was that too soon?), this will still be here when you come back.

Okay, those of you still with me, the lip gloss and make-up is just on the side there – apply plenty, because things are about to get pretty ugly, and not in the Timbaland produced Bubba Sparxxx way. 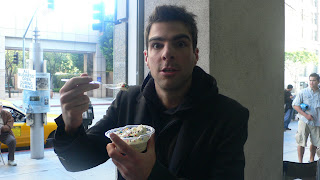 Simply put, the first two episodes of Heroes so far, feel rushed, in my eyes. Much like the fourth Season opener of Prison Break (another guilty pleasure), too much is given to the audience at once – not that the general audience cant handle it, but in trying to up the pace from last Season, the writers have been forced to make the characters dumber than a sack of mute spanners resting on Dumbo’s big dumb-ass. The main culprits are future Peter (who shoots his brother Nathan during the speech made at the end of the last Season, to stop him from revealing their powers to the world), Claire, Hiro, Mohinder and Nathan himself. Why are they stupid? Well, here’s where it gets a little strange:

– Future Claire, who’s in full knowledge of future Peter having a ton of powers, tries to shoot him. With a gun. While telegraphing and warning him in plenty of time. This guy can stop time and turn invisible, among other quirks. What made her think this would be a good plan is beyond the realms of mere mortals such as myself. 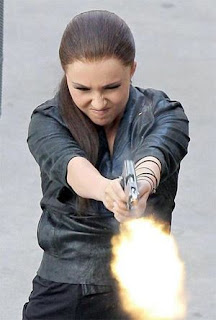 – Future Peter then goes into the past to stop Nathan. How? With all the time travel power at his disposal? By going to the exact point of Nathan’s speech and shooting him. Not going a day before to talk. Not even going an hour before. But at the EXACT moment to try and KILL him. This would be justifiable if he didn’t actually and literally have ALL THE TIME HE WANTED, TO ACT. He then spends the rest of the time moping about his actions with regret.

– Contemporary Claire, in finding out she can’t feel pain anymore (which is pretty weird seeing as she got her whole body charbroiled by a raging fire in the first Season without a single peep of a scream) and the possibility that she can’t die starts to wonder if she has a soul (eh? That’s some leap of logic there, Claire-bear) and proceeds to go down the path of hurting herself because only through the rediscovery of pain can she hope to ‘feel’ anything again – so she stands in front of a SPEEDING TRAIN. Erm, ok.

– Mohinder, finding a possible way of siphoning powers does what all great scientists do when they want to try a new and untested chemical – he tries it on himself almost straight away! And thus starts turning into Brundle-fly and wonders why he’s picking gooey chunks off his back. Good job!

– Less irritating, but still strange are Hiro and Nathan’s behaviour. Hiro, when asked not to open a safe by a posthumous message from his father, goes ahead anyway and opens it. When he finds out it’s part of a formula that can destroy the world, he blunders around with it for several minutes and it’s swiftly stolen. Which is again fine, if it wasn’t for the fact he can also control time. Nathan, on the other hand, comes back from the dead and almost immediately thinks it’s God’s influence, despite the billion of things he’s seen and done over the space of the three Seasons and his initial worldly cynical nature. 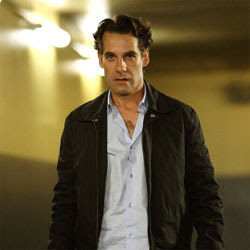 Now, these last two factors are still plausible to a degree, but they’re symptomatic of the same problem that makes the earlier examples so teeth grindingly stupid – they’re rushed. There’s no time for the characters to build to those moments. We’re not shown the thought processes, we’re merely told about them (in some cases, literally, as Claire gives a painful –how ironic- exposition on her doubts of having a soul) quickly and without subtlety, making each of the characters appear reckless and irrational, or at the very least, lacking any sense of consideration or reason.

Hiro is naturally impetuous, but he’s grown a little over the previous Seasons, surely enough for him to take several minutes to decide whether he’d open a safe his father explicitly tells him not to, rather than acting through a cocktail of destiny and boredom. Nathan may have been agnostic before, but how about showing us some signs of his faith (or doubt) before he blindly wanders into a church and gives an impromptu sermon? Claire’s concerns about her soul could be well founded if she’s shown worries previously or even if we started to get an idea of her misgivings before she throws herself in front of a train – something that would have been more believable in Season One, but not so much now. Mohinder could moralise the dangers of self experimentation against his clear desire to no longer be helpless, but instead we’re shown him pondering it a few seconds before chugging down super-juice like injectable Sunny D at the next possible moment (he must have been great fun at school during science class). And so on.

There ARE reasons behind each of these characters’ decisions, but there’s no time to show them adequately in the need to keep the pace up and give us action Action! ACTION-with-(TJ) Hooker. So instead of a little interesting character study we get seemingly idiotic and comical characters, who lack the emotional punch and consideration they showed before.

Another problem is that these characters are far too powerful for some of these actions to be plausible anymore. Future Peter and Hiro in particular, given their time control (and Peter’s invisibility) abilities make bone headed decisions that fly in the face of common sense just so it can serve the story better. And so we’re left going “why didn’t they just freeze time? Or go back to this point?” when yet another clanger strikes. Time travel is a messy plot device at the best of times, so it has to have a lot of boundaries imposed on it to work (or at least given a limitation and circular nature – see the Back to the Future films for a good example) but here it’s used as a convenience and forgotten about when the plot requires. Worse, we’re shown yet ANOTHER apocalyptic future – that makes it three Seasons running now and the impact is greatly reduced this time around. The repetition, three Seasons in, in this, people coming back from the dead, and characters disregarding any growth from their previous exploits are much harder to ignore. 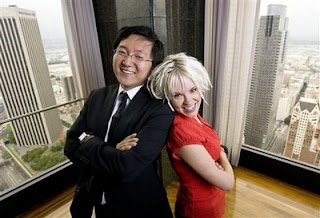 There are still a fair few things I really like about the Season so far – the blurring of lines between what is classed as a ‘hero’ and a ‘villain’ is working well, whether it’s the question of who is in the wrong between future Hiro and future Ando (as the latter is seen fighting Hiro) or Sylar now being forced to help Noah track down escaped super-prisoners. And its introduction of new characters is far better than before, in terms of making them likeable/interesting. The strong sense of self referential humour is also great, with nods to Quantum Leap, Halloween, The Fly and even fan speculation (it’s been long questioned over what Sylar does to his victim’s brains, and when asked by Claire if he eats them, his perfectly played reaction of “…that’s disgusting” is priceless).

But personally, I’m hoping things get much better in the following episodes so that I can get back to not shaking my head in mild disbelief. A part of that would be for things to slow back down and letting the characters have a second to exhale for a moment or two. Allow the scenes to hit us with the emotion it has the potential to, rather than rushing us through the meal.

It’s not a crime to have stupid characters – only stupid writers have all their characters act smart all of the time (unless that’s the point in itself) – but you have to show us the reasons why they’re being so inept. And that can take time… something, it seems, not only the main protagonists of Heroes are misusing.

*PS. Congrats to anyone who actually gets the musical reference made in the title of this post, your prize is in the post…