Magic of Myths preview… and the subject of race in comics 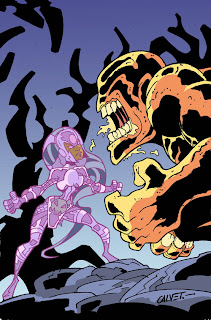 Magic of Myths has been five years in the making.

And the funny thing is, it won’t even be released this year, either – it’s part of a much wider secret project that so far, is looking pretty damn great. But, for most of the part, Magic of Myths #1 is finished.

There’s a long and bizarre history that surrounds the conception and eventual creation of this comic book series that you’re about to get a sneak preview of, but that’s a tale for when the comic is closer to release. Instead I’m going to concentrate on the formation of things I’ve had to think about in its current iteration and what you see here.

Magic of Myths was originally titled Magic, Myths and Mythology. That was shortened last year for what effectively boils down to PR reasons – ‘Magic of Myths’ is far easier to remember, far easier on the tongue for potential buyers asking for it in shops and also brings a different meaning to the title; the former implies three separate things in potential combination, while the new title infers more in relation between the concepts of ‘magic’ and ‘myth’. And to be honest, it sounds less like a university textbook, too. Always a plus when you’re trying to sell fiction.

The story revolves around a young woman named Evelyn, or, as she prefers, “Eve”. The preview will tell you more in a shorter space of time and in a (hopefully) more entertaining fashion than me listing off stuff here, but the basic concept is that Eve is drawn into a strange yet familiar fantasy world where she’s forced to take part in various tasks for a benefactor she knows nothing about. She’s given powerful abilities and vague objectives, but until she completes them she’s trapped within this realm, unable to return back home to Earth.

Where the whole Myth angle comes into is, is something I’d had to take care over producing. The intention is, for the first five parts of the story, each issue is self contained, but part of an overall story – so it’s a serial that can be picked up any time over the first five parts without you needing to have read previous parts to understand it. And given each part is only five pages, it means a lot of tricks are rolled out to get as much information to the reader in as short a space as possible, while reintroducing the characters, concepts and any important elements each time without sacrificing the forward momentum of a new story (continuing from the last) and the central series plot every issue.

So one trick is the reference of well known works of fiction in each part of the story. This should be fairly obvious in the preview, but lets the reader latch on to something a bit more familiar to introduce themes and concepts that are predominant to Magic of Myths -and so you have the myth and themes of a famous story, running in parallel to the myth and themes being created in the comic, which in itself forms a new myth when you combine the two.

(It makes sense in my own head. Honest.)

The main plot and other parts that make up Magic of Myths are things I’ll be saving for future blog posts, but needless to say the main bulk of the story is that there’s something much larger going on than Eve doing random tasks for an unseen master, which will of course tie into the title further. There are plenty of clues in the preview alone if you’re reading and studying the artwork closely enough, but as we’re a way off release I don’t want to get too far ahead of myself.

There is one final thing I wanted to briefly talk about before the preview itself.

Eve is mixed race. It may come as a surprise to many people that in the comic book medium, there are very few mixed race characters. And even fewer mixed race female leads.

This shocking lack of representation is something that isn’t particularly new to me – for years you could count the number of black males in their own books who could survive being cancelled and exceeding a year’s worth of publication on the fingers of one hand, less so with black females and even less so with when trying to encounter non-white/black leads full stop. It’s something that’s slowly changing, none more so than in today’s comics which have a proud diversity the medium has never seen before, but for a long time stereotypes were the norm even when there was representation.

Go on to a typical message board or talk about the subject to various others and you’ll get a range of responses as to why this is, and that’s not something I’m going to go into right here (it’s a massive and complex thing and this blog post is already too long), but it’s always curious to see the conundrum that often occurs when tackling the thorny issue. How do you reflect race within a story without the story falling within stereotype of an accepted (and potentially erroneous) view of the race in question – and if you go too far on the other side of the scale, are you in danger of disregarding that character’s apparent culture and background by not acknowledging it enough? Depending on the story you’re trying to write, it’s a difficult task… and yet, it isn’t, really. There will always be someone willing to point out you’ve written a character too [insert colour/race] or you’ve not written that character [insert colour/race] enough. The knack seems to be remaining true to the character in question, to their background, history and core – everything else tends to fall into place soon after. Of course, this is easier with your own characters than one already created – after all, how many different takes of Luke Cage and the Black Panther have there been?

Eve’s race eventually plays an important part to the story (although possibly not in the way you may be thinking) which is why I’m highlighting it. Yes, it’d be nice to see more diversity within the medium and I’m more than happy to try and play my part in that, despite the fact my audience is so small (and probably smaller after this long-ass post) and I’m unlikely to even make a difference. But it has a story driven purpose beyond merely increasing representation, which I feel is something that -while not essential- helps add a lot more depth and meaning to the whole narrative. Or at least, that’s the plan, best laid or otherwise. I guess we’ll see.

So, at last, the preview. I’m only showing three pages of the five, but if you want to see the whole thing, just email/message me and I’ll fire it off to you. Magic of Myths is just one part of the whole project that will come with it, and because it’s so far off I don’t mind showing you the whole first issue now on request (and if you like it, it’d be nice if you could spare a few pennies when the whole thing comes out, as you’ll have a few more other great stories for your buck). The first image may or may not end up being the cover, we’ll see what the artist of the story – the superb and diversely talented Sergio Calvet – feels like doing closer to launch.

Thanks as always for reading and hope you enjoy the sample. 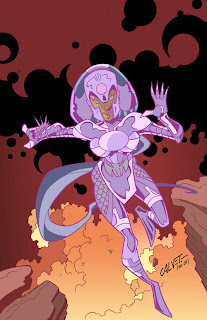 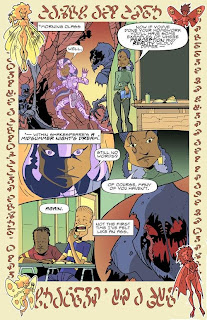 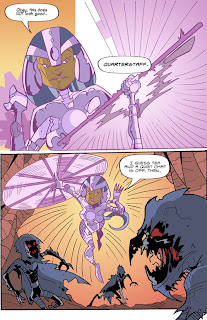 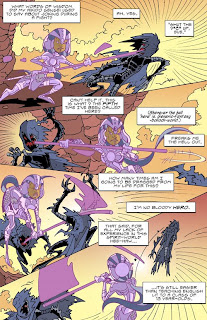