And the beats go on… 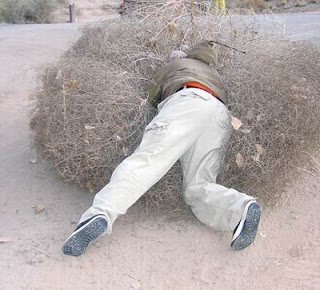 As hiatuses go, I can’t say this one was planned. But when are the long ones ever?

Apologies for the lengthy absence. It’s been an increasingly difficult month (okay, months) and time often beats me over the head with a large stick when it comes to things like this, and between numerous circumstances (mostly bad, I’m sad to say) updating the site became less of a priority and more of a burden. This is something I’m hoping will change soon enough, along with the delivery of a new laptop to ease my woes slightly (- yes, the knave is dead, long live the knave, thanks to the wonders of contents insurance *pumps fist*).

So, first thing. My entry in Shadowline’s Create a Super-Heroine contest ended at the semis, which was…. unfortunate. I got some interesting feedback from a couple of important people in the industry, which was nice, although that isn’t enough to mask disappointment at the end of the day. That said, when I got the news I was in the middle of writing something else so it wasn’t so much a case of trying to get back on the saddle, more a case of: “Bugger. Well, this saddle isn’t as comfortable as it was a few seconds ago. Feels kinda… warm. In the bad sense.”

However, something else happened regarding my writing plans to eventually help offset that irritation (namely a really nice offer of continuing another series I’m working on) and also my work for the contest won’t go to waste because I’ll be using it for another publication. Oh ho. So at some point you’ll be able to read it and see for yourself what semi-failure looks like! Although the artist I have lined up for it will at least make it appear miiiighty puuurty.

I’ve a couple reviews up over at ComiX-Fan, so feel free to check those out. There will be no quiz afterwards. I promise.

ANGEL: AFTER THE FALL #5 REVIEW:
http://www.comixfan.com/xfan/forums/showthread.php?t=44725

There is also tons of my work on the official PlayStation Europe site, although seeing as that’s the day job and all (you dont want to know what I am during the night. Really.), but as there are no bylines I can only really usher you over to the site and go “that one! No, THAT one” rather than provide links, lest I be beaten over the head with yet another large stick, this time with a P45 attached to it. Which would be somewhat ironic seeing as I couldn’t find a recent copy of the damn thing when I joined the company last year.

No idea when I’ll get to update this again, but the intention is to have something to preview next time.

Although what’s more likely is that I’ll go missing again for a month and turn up wearing just my underwear. Again.

Did I just type that out aloud?