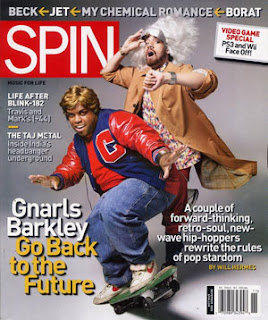 Let’s get the important thing out the way first.

My friend, the talented Stephanie O’Donnell (she of The Nutty Funsters) fame is looking to do commissions in her run-up spot to the forthcoming New York comic convention. She’s charging only $10 for black and white drawings, $15 for colour – you can find examples of her work over here: http://kitschfactor.deviantart.com/. Well worth a shot, as Steph is veeeeery diverse and quick to go with her talent (which is a rare combination in this fair industry, believe me).

My other news is that I recently discovered news that my entry to Image Comics/Shadowline’s Create a Super-Heroine competition managed to reach the semi-final stages. To say I was surprised would be understating things a fair bit. Very happy, but surprised – I feel a bit like Charlie when he got a golden ticket the chocolate factory (although this soon passed at the thought of the rather creepy Willy Wonka showing me around). To those who are wondering what the blue hell I’m babbling about, see here: http://forum.newsarama.com/showthread.php?t=140485 and results thus far confirmed here: http://forum.newsarama.com/showthread.php?t=145528

The contest is basically as follows:

You had to submit a plot synopsis of your newly created, original super-heroine story to the company by the end of Jan. One short paragraph. That’s it.

If you’re among the lucky ten chosen, you then have to submit a 5-page script. From those, five will be chosen in March and their synopses posted to comic site, Newsarama, where posters will vote on their favourite. Polls close come April, and the winner will have their concept and story taken into the company, drawn by a pro artist (the excellent Franchesco! – exclamation mark is compulsory 😉 ) and published by Image/Shadowline for the end of the year.

So in essence, a story contract for one of the biggest comic publishing companies going, with your story drawn by one of the best artists in its line.

I entered knowing my chances were pretty slim – it turned out there were over 5,000 entrants in total, and with various aspects of my life taking over recently it was only during the last week of Jan that I realised how short time was before deadline. And I still didn’t even have anything more than a basic concept… which was untitled as well.

Thankfully, I sat down, fleshed it out, researched some bits, fleshed it out some more, decided on a name and then had the pain of reducing it down to something brief (and if you know me, ‘brief’ isn’t even something I use as underwear – that’s boxers, by the way, before that metaphor gets out of hand) and finally carved something out of it I was pleased with, which I sent off on the last day, uncertain that it would arrive in time. Amazingly, it got selected (this shock took about 60 minutes to pass… and 20 of those minutes was waiting for the broadband connection to download the confirmation email – ah, technology).

So, what happens next? Well, at the moment (figuratively speaking, of course) I’m scripting the pages for submission. While I wait for my washing machine to be fixed and someone to repair my shower (oh yes, I lead the glamorous life, yes yes). After that, I send it off and try once again to forget about my chances while secretly hoping for the best.

At this point, some of you will be wondering “why hasn’t he said anything about the story itself?” – and the answer is, I’m not legally allowed to. Unless I want to get unceremoniously dumped from the competition before I’ve even written anything, I can’t name the title or indeed anything about the story. Which is 100% fair, because everyone else is in the same boat and it means the final five are judged on the basis of the story itself rather than how many people you can spam to get you votes. But it’s all pretty damn exciting. And between that, the two series I’m developing right now and a 3 page story I’ve been asked to recently write featuring two very well known comic characters (just a sample, rather than anything to be published, but it had my jaw drop in disbelief – never thought I’d be writing about these characters any time soon, and the pin-up artwork is done by a comics pro and looking amazing) I’m in a happy place for now, at least where my writing’s concerned.

Now if only I had the time to do it all…

Anyone got a spare DeLorean?