Games column: Why Wii is the perfect Fit for the games industry (or: ‘Wii Fit > the Anti-Christ’)

What does Wii Fit mean for the games industry?

That’s it, column over.

Wii Fit has caused more than its fair share of outrage and bile since its grand unveiling at this year’s E3, where the Nintendo developed software was seen as the latest attack on hardcore gamers’ market share, patience and pride. After a lacklustre conference, the company’s coup de grace of a health-based title which not only boasted a wealth of *gasp* mini-games but also a new peripheral was just too much for some, who went on to declare Fit was the anti-christ and a clear harbinger of the End of Days. 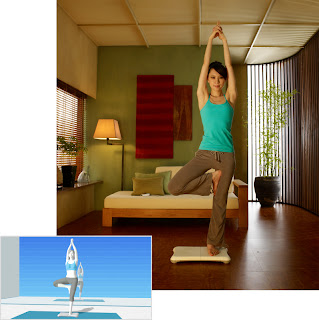 She can smell your fear, Halo fiend.

Months later, and things have settled down somewhat. But the ‘sting’ of Wii Fit still remains, even with the lovely hardcore endorphins of Super Mario Galaxy, Metroid Prime 3: Corruption, Smash Bros. Brawl and others imminent. As intimidations go, the exercise and fitness disc is hardly the most pronounced – I’ve yet to see any promotional material which threatens to “pump *clap* YOU up” or even a burly moustached man asking me if I’m “ready for pain”, “ready for suffering”, or ready for “Captain Freedom’s workout”. Indeed, the rather gentle screenshots of faceless virtual avatars doing basic stretches and the like, complete with obligatory real-life people mimicking the moves is about as innocuous as it comes, designed to appeal to the widest of audiences. All fairly ironic given we hardcore gamers are used to scowling gun-totting marines and gangsters (hell, even pink blob mascot Kirby gets painted with a mean mug for his Western packshots – compare them to Japanese ones and you’ll see the hilarious truth) but get all worried by some leotard wearing smilers who want to join our hobby and lifestyle.

Wii Fit: It will kill you and all you love. While you sleep. With fire.

Of course I’m being facetious about this all. How can you not? I know exactly the reason why this course taken by gaming frightens the daylights out of some to the extent it has. Gone are the days where our genres appealed to a fixed demographic and where gaming design geniuses like Nintendo’s Shigeru Miyamoto were dedicated just to creating software aimed at our likes. I understand that the growth of genres away from our established norms could mean less of what ‘we like’, limiting ‘our’ choice and potentially stunting ‘our’ types of games. But in some respects, this has always been happening, merely on a more agreeable level.

I remember the first time Luigi’s Mansion and Pikmin were unveiled on GameCube, and remaining distinctly unimpressed (even if the graphics were nice); and I wasn’t the only one. Pikmin? Pah, I already played Command and Conquer, thanks. As for Luigi’s Mansion, well if Nintendo thought this was to satisfy my longing for a Mario game, the company had another thought coming. Were these titles really what Miyamoto was working on? Where was MY Zelda? MY Mario Kart? MY StarFox? MY F-Zero? 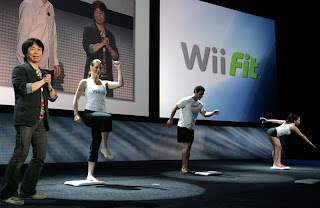 With. Fire.
Naturally, when I played these games, hubris slapped me in the face repeatedly because they were actually great. But the point was, anything which took a company I had personal investment in away from what my tastes deemed relevant or familiar, became am equally personal affront on my supposed sensibilities. As a publisher’s audience expands, it seeks to increase that expansion to bring in new blood just as it captured you in the first place. And if that means a new direction, new properties and artistic growth, then that is exactly where they’ll go. 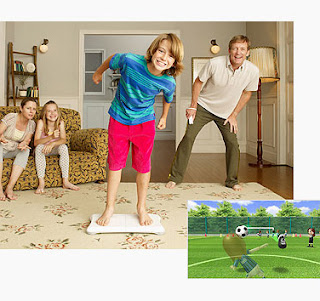 Understand that I’m not directly comparing Wii Fit to Pikmin or Luigi’s Mansion. They’re obviously different in many ways. However, each one of those titles exist to help push beyond what is established for their relevant format and ideals, extracting resources and talent from one aspect of development that we often take for granted, and moving them into another. The reactions now are far more diverse to what they have been years ago, but it’s because we had titles that pushed those envelopes, even a tiny bit, that we have such a large and dedicated audience to disparage the likes of Fit et al in the first place. Risks are necessary to any medium, regardless of success or not, and in six or seven years time when another set of games become relatively new, those who grew up on the likes of Wii Fit will probably be saying something similar to what we’re saying now. Because everyone starts off a casual gamer, yet not everyone has the time to become a hardcore one. It’s nothing but divisive to exclude someone when they just want to enjoy what we do, albeit to a different and arguably less time consuming degree.

Earlier this year I read a Nintendo World Report interview with Silicon Knights President, Denis ‘Eternal Darkness‘/’Too Human‘ Dyack, where he said something that inavertedly related to all this: “the film industry went through a very similar thing where at first… all the movies that they did would be like trains running into cameras and just the whole spectacle. It was very spectacle-driven. People wouldn’t even come in at the beginning of the movie because there was no story, they would just come in to see the spectacle and the technology of these moving pictures. They were enamoured with it, it was the biggest thing. But then after a while, when people, the technology levelled out and people started becoming more critical and started saying, ‘What am I getting out of this? Why am I going to this? I’ve seen trains running into cameras’. People actually started telling stories and it really started to be considered an art form.”

There Dyack is referring to how games criticism is expanding, but looking at the statement another way it relates to how gaming’s genres are growing in a fashion similar to other entertainment mediums. Movies went from single event spectacle, to silent narratives, to fully blown story tales, to music-motivated film, to colour, to genre exploration, to what we have now where any of the above are used, but there’s invention of various kinds happening every year; both technology and artistically driven. Same with music and art itself, where what is considered acceptable is pushed and changed as the audience and possibilities change with it. Videogames are no different. And regardless of whether we like it or not, genres will expand in directions of all kinds to match the diversity and scope of film, books, music, TV and others. I doubt some who grew up watching the evolution of movies were overwhelmingly happy to see the first fully animated film… and I certainly remember brief reactions of those who grew up on animated film baulk at the first CGI laden movies, complaining they “just weren’t the same” and “took away the soft-rendered humanity of it all, replaced with lifeless, blocky ‘real’ 3D”. I was one of them.
However, like John Lasseter (Toy Story) and Brad Bird (The Incredibles/Ratatouille) changed many sceptics’ minds over what can be done with the CGI movie, I imagine many gamers will eventually be won over by this new type of game, if not by the likes of Wii Fit then maybe something else down the line. Rarely do cynics and unbelievers find themselves altered by the opening generation of a new genre or medium, as usually those examples are not the best of what’s to come. By comparison to latter offerings, they’re typically crude, relatively simple and reasonably one-note. But without those brave pioneers, they can’t grow to fulfil their full potential. And by that we’re denying numerous generations of inevitably exceptional titles in the future.
In the meantime, Wii Fit‘s presence and likely success will herald further possibilities and avenues of developer creation, not to mention the potential held by the Balance Board alone. Those moaning that Fit is different from the likes of Brain Age and such, and thus unlikely to sell as well, are being obtuse. In the eyes of the general public there’s little difference – they’re effectively the same currency in this ever widening world of gaming (and Wii is already seen as a ‘beneficial gaming alternative’ in some circles anyway). Not to mention there are plenty little side games from the 40 activities built-in, putting to rest ill-judged cries a limited and short-lived style of play. 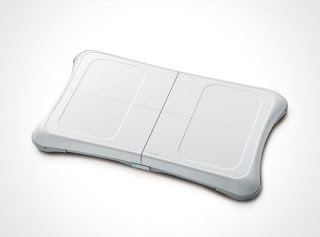 Of equal significance, Wii Fit will provide a healthy shot in the arm to gaming’s overall PR, offering a stark contrast to the relatively unfair and frequent attacks garnered via titles such as Manhunt 2. Whether the medium needs such a fix is really not the point – anything which broadens the appeal of gaming and helps break down the misconceptions and barriers to what the close-minded think of our hobby is a good thing. It may not be an immediate effect by all means, but it’s certainly a step in right direction and the more people converted, the less sensationalistic “Nintendo killed my son” headlines we’ll see. And barring any “Nintendo turned my son into a frenzied fitness freak” front page replacements, isn’t that something as gamers we can all benefit from?