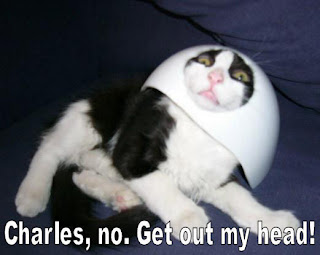 “When you’re at a crossroads in life, where you don’t know which way to go, anything is a sign. A black cat crossing your path twice on one day to work ends up making you quit your job. A certain love song comes on the radio when you’re haggling whether to ask a girl out on a date, earns you a slap and broken heart. That sort of thing. Humans are fragile creatures. We search for meaning and sense in places where there probably isn’t any. So it’s no surprise we do this. Try to take control out of our hands and place it in the mitts of Fate, God, The Next Door Neighbour, anyone, anything to make the choice easier. Or better, not give us any choice at all.
“But the funny thing is, we spend most of our lives bemoaning our lack of choice. Not having the ability to do something or the other. The ever-increasing desire for want. Doesn’t matter what it is, there’s something. We take our options for granted, telling it to sod off and make its own choice when the chance comes. And then, when we DO decide, too many of use leave it too late. In trying to take a bite of both cakes, we end up with none. So is it any surprise we keep f*cking things up? That we keep making the wrong choice, which is to destroy our privilege of choice in the first place?”
I’m ringing a late dinner bell, I know. And I also know there’s a Pavlov’s Dog metaphor here, just waiting to be used, but I refuse to… use… oh.

The above is an extract from a long running project of mine that’s taken some rather large strides the past year. Silly Games is essentially a novel about my accumulated experiences in the short 28 years of my life. That’s not to say it’s an autobiography or actually based off my own life. I’m not THAT interesting, believe me. But, as any book on writing will tell you, you write what you know. And after writing 30,000 words of this fiction, I realised the following:

Okay, so there’s more to it than that. Silly Games is about growth, perspective, relationships, games of all kinds, and to coin a well-known phrase, “life, death and everything in-between”. Thematically it covers a lot more, but that’s to go into a later date. As promised, this entry will be an extract of this work which started, for all intents and purposes, over ten years ago. Even though technically I only started it this year. Long story short – the plot, themes and various other important parts were created in the past couple years, but certain memes, sayings, thoughts and recollections were added from The Ever Increasing Note Book which I started when I was 16, containing all sorts of random observations, thoughts and events that have no particular story associated with them. Silly Games is very much a home for them, which is somewhat appropriate. Heck, maybe you’re in here and don’t even realise.

So over the next few entries, I’m going to use a few selected extracts here and there. Hopefully it’ll be of some interest. Maybe it won’t. But at least they’ll probably be on time. Probably. I’m rolling dice, here…

Oh, and if you’re wondering what the picture has to do with anything here, well, the answer is: nothing. I just needed something to balance out the general downbeat tone of the extract (and if you get the pop culture reference the image is from, you’ll likely find it funny). Next sample will be cheerier, I promise.

There was no warning when my Mother passed away.

No real build up or alarm or anything.

One day she was there, the next day she just…

It may be ‘easier’ to write about it now compared to yesterday or the days before, but years on it’s still something that part of me freezes whenever I try think about it too much. But I can’t help but think about it.

And I guess, I hope, that in writing something down this time I can maybe help me… I don’t know. Something.

Yesterday was the third anniversary.

I hate using that term. ‘Anniversary’. Not to describe something like this. That word should be used for happy occasions, stuff you remember with smiles and presents. I’m guessing it’s used to make sure we never forget. I’m not sure. Who would ever forget something like this?

Mum was a quiet woman. The sort of person who would be fairly unassuming to most, rarely ever speaking unless it was necessary, but whenever she did it was worth listening to. Maybe she just did it for effect. I never got to ask her.

She was tall, elegant and light skinned and despite being quiet always had a smile on her, the sort of smile certain people have that’s instantly contagious even though you never really knew what they were smiling about. I didn’t inherent many of those traits, as I’m short and mildly stocky, slightly clumsy and only really smile when I’m actually happy. Mum just had one of those faces where you couldn’t truly tell what was going on beneath the surface. She just smiled.

I was barely 20 when she went into hospital for what should have been a routine check-up. Some sort of flu kept her there for a couple more days before the doctors discovered she had ovarian cancer. Apparently it’s difficult to spot until the latter stages of it. There’s a 90% survival rate for the first five years after a person is diagnosed at stage one.

Mum was at stage three.

I barely remember what I felt when we found out. Just emptiness. Nothingness. Then pain and rage and…

I spent a lot of the time being angry. Dad handled it with typical non-emotion in public, but I could tell he felt the same. Yet we tried to be brave for the one woman in the middle of it all, enduring surgery, medication, chemotherapy, medication, sickness, more medication to battle the sickness given to her via the first medication and even more chemotherapy. She didn’t complain or shout or moan or fuss. She just smiled.

One memory that stood out during that period of time was when I started getting replies back from prospective universities, mostly rejections. We sat in our garden, taking in the world and she was seemingly getting better and the treatments were just a thing we had to do on a regular basis. And just when things started to go our way, I hit a brick wall that no university was going to let me in to do my degree. I think I boiled over with the frustration of it all, the injustice of it all, never truly realising how selfish I may have sounded to Mum. And after everything I just said, all the rage and emotion and bile and spit, she stared at me, and then just gazed skywards. Without looking back at me, she said: “Look up”. It took me a few seconds to bite back the reflex that was telling me to ignore her, before I slowly tilted my head.

Before I could even make a typical, childish, pissy response, she calmly uttered, “No stars. No shining, gleaming, beautiful stars.” Confused, I said nothing, looking into her eyes. A sad smile appeared on her face. Her deep brown irises twinkled. “The stars can’t shine properly in daylight. Just in darkness.

She paused, the smile still shining. Then she kissed me softly on the head. And walked inside.

One week later I got an acceptance from Portsmouth University to do my degree.

And then six weeks later Mum went into remission and passed away.

We all thought she was getting better. But I guess false hope kept us all going. I’d barely started uni when it happened. I managed to get back to her in time. For that I’m forever grateful. Part of me refused to go back to Portsmouth after the funeral. Dad and I got into an argument. Several arguments. I wanted to stay and be with him, he wanted me to go back and finish the degree. He said it’s what she would have wanted me to do. And eventually, that’s what I did.

I came back when I could, visiting Dad as much as I could. But… I don’t know. We drifted. I don’t know why. I should never have left. Maybe we really weren’t that close before Mum went, he never was as supportive as her, but if anything I thought we’d be closer from all this. And I can’t help but think if I’d stayed…

I just don’t know. Maybe I never will.

Yesterday I woke up not wanting to visit the cemetery. I felt like I just wanted to stay at the house and hope the day would pass, leaving me to pay my respects alone with no human contact. But I struggled out to a light littering of snow from the night before, reaching Perry Barr cemetery with my usual bouquet of flowers and remembering the past couple times I was here. Cemeteries around Christmas are particularly beautiful; a poignant mixture of harsh, terrible reality and beauty. Because around Christmas is the only time of year where most of the cemetery will be covered with flowers and reefs from all those wanting to wish their departed season’s greetings. There’s no other time which is as consistent for the expression of emotion and sentiment, in a place of eternal emotion and sentiment. It’s simultaneously sad and wonderful. A spread of colours laid across lovingly kept beds of mortality; a wake of haunting splendour.

Sporadically littered between holly reefs, flowers and gifts, lie the bare graves of those temporarily forgotten during the giving season. It’s those poor, flowerless graves that become more a majority through the year, during times like yesterday; the trail end of summer where freak weather of rain, wind and snow caused the presents of loved ones to be blown or wilted away. I planted my flowers among the relatively fresh ones that had been left by other family members and friends, kissed the gravestone and waited.

When Dad appeared, wearing a long black coat and hat, three roses in hand, I felt an urge to leave. Not from not wanting to be there, just a sense of… difficulty. Overwhelming difficulty. On a day where emotions hang in the air.

It started to snow again.