Is it that time already?

I’ve spent most the past seven days doing my usual work and such, only to have the week sneak up on me and leave me wondering what the heck I’m going to put here now in the continuous and irritating lieu of no previews. As it stands, there are actually a couple things I can mention this week. Phew.

The first is that, surprisingly, this is the month where I’ve officially reached a full year of becoming a ‘professional’ (merely in the sense I get paid money for it, as I’m still very much a neophyte in experience terms) script writer. Which is all shades of weird considering this time last year I was sweating over the sample and research for my first full blown series which is now 12 issues strong. I’m now writing two full series’ for one company, another series for another indie company, and several shorts due for release sometime in the next 8 months. It’s a nice reminder why the hell I spend all this time locked in a room by myself, hitting a keyboard for hours on end.

Of course, there’s the grand irony that despite my milestone, the first issue of series one has yet to launch (but the pages look great so far), series two and three are a longer way off, and the short stories are all delayed, but it’s a far cry from a couple years ago where I had lots of stuff on but very little finished at all. A good friend of mine, who’s far more experienced and talented a writer than me, said I should write every day and always have something completed to show. And he’s utterly right. Having stuff in the metaphorical drawer is all well and good, but until you’ve done and dusted a story, had someone read it and then experienced the frankly terrifying fear that you may be utterly destroyed by people who are paying real money for it, it’s largely academic. So it’s nice to go from lots of half-created ideas to having to write at least a couple scripts per month, where I’m constantly dealing with the problems and trials of continuous storytelling, as well as creating single, smaller stories across numerous genres, all of which forces a new challenge.

It’s also ironic that I’ve become poorer than I’ve ever been since my student days, and can’t actually afford to celebrate this in any real way. Ah well.

The second bit of news is the availability of some more artwork previews, to brighten up these tedious pages of my words slammed together. One of the first ‘proper’ stories I wrote was a vampire short called, Death of a Salesman, taking its thematic inspiration from the Arthur Miller play of the same name. It was originally due for release early 2006, but a series of unfortunate events crippled it, such as… well, the publisher going bust. It turned into a blessing in disguise, as I went back to the script and realised it could have been taken the wrong way in terms of message and theme, so I re-wrote it, another talented artist came along to draw it, and now it’s back on track, hopefully due for launch along with several other tales for early next year.

I had these panel sketches sent via my phone this weekend from the artist working on it, which was a very pleasant surprise. Apologies for the low resolution (my poor little Nokia cant bump quality for a PC screen) but you get an idea of the construction for the first page as it flows. 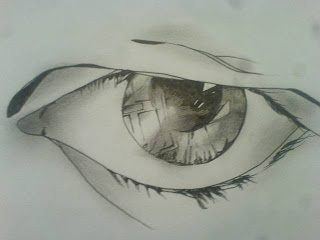 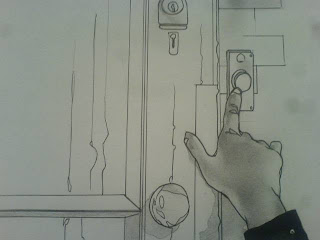 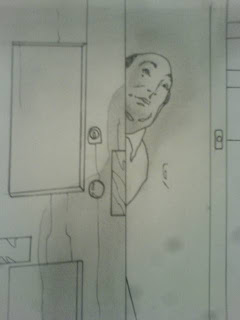 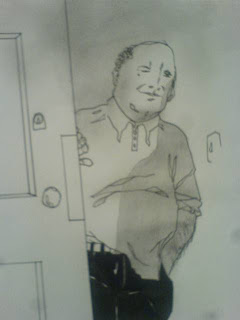 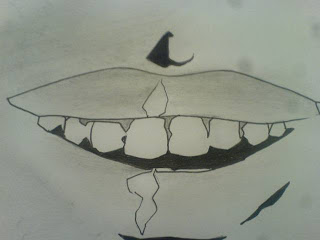 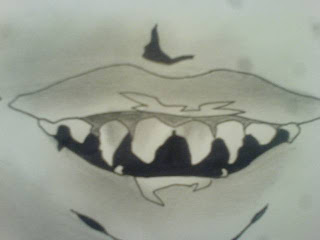 There’s a definite Ben Templesmith feel to the line-work and shading (which has got me fairly excited seeing as -for me- Templesmith is one of the best horror artists going right now –http://www.templesmith.com/faze3/– he helped create 30 Days of Night, which will see a movie translation later this year). 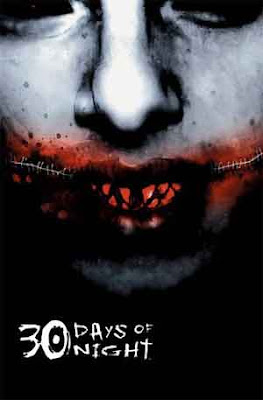 So for Death of a Salesman to take that sort of visual cue and inspiration is great, and I’m really happy to have another excellent artist working with me on this mildly cursed story. Hopefully it will see the light of day this time. I’ll start naming all these poor artistic souls who are working with me when we’re a bit closer to finishing everything off (erm, just as long as you realise the talent behind Death of a Salesman isn’t actually Ben Templesmith, just in case I wasn’t very clear).
Anyway, enough rambling. Thanks for sticking with me during this long (and still continuous) transition. Hopefully this time next year will show an even larger amount of progress… but knowing the irritating world of publishing, I wouldn’t bet on it. Besides, I haven’t the money to, anyway 😉
< Go Back