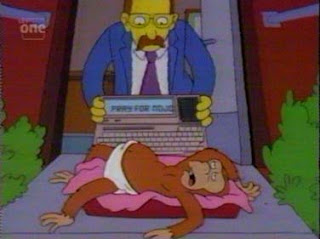 Ok, it isn’t. Just seeing if you were paying attention. It was actually my first full week without hayfever in ages…

…but it ended up being a week where I got food poisoning instead. Hn. At least I didn’t have to worry too much about a runny nose.

Actually, besides being ‘bowl-bound’ for most of the 7 days, I was pleasantly surprised with a few things.

– My PayPal account issues have finally been solved, meaning my bank balance is now only slightly in the red instead of being an out and out blood bath. Just as well, seeing as I’m re-entering birthday-season and will be spending more money that I dont have. Bring the pain. And gin.
– Another work opp came up, and best of all,
– My artist hunt has turned up several very talented individuals for my stories due in the third and final Futurius Tales From the Plex anthology due Christmas this year. I’d almost given up the prospect of getting anything done as the submission deadline is painfully close and I’ve had numerous artists disappear on me without word or reason over the past few months (despite the fact the actual scripts were long done). Which wasn’t exactly convenient. So I went from having 4 stories coming out this year, to none, and now back to about 4 – as long as everyone can get everything done in time. But you know what they say; the quickest way to get a project cancelled is to talk too much about it before it’s completed…

We’ll see. This time next week I’ll either be fairly excited or back to wanting to smash things out of frustration again. And this time next month my head will have either exploded from joy or disappointment. Stay tuned, bat-fans.

But in compensation for such a short entry, I should have something to show in a few days time. Cross those fingers.

I don’t care about your chronic arthritis, I said cross them, stumpy!

See you again in a few…