I’m noticing a theme this week. 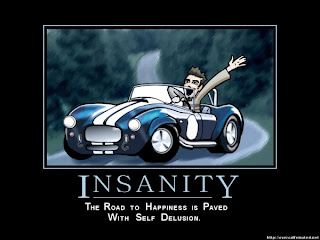 Maybe it’s just because I’m going through my usual misanthropic phase that seems to emerge every once and a while, but my typical rage has risen to a fair degree the past few days, which is a sure and disappointing sign that the Christmas fever of goodwill is already at its end. Because I’m seeing and experiencing so many things annoying me right now that I think the next thing I look at is probably going to burst into flames. I am Superman. Yes.

Just a few things that have made me crazy of late:

– My strange mutating illness refuses to budge. Still. A whole month later. I don’t. Understand. Why. I’m starting to suspect it’s Colonel Mustard, in the Dining Room, with the Candlestick.

– Sitting at a junction yesterday, an ambulance is heard screaming down a road. Two cars at the junction coming from the left side decide not to stop, but rather drive STRAIGHT INTO THE MIDDLE OF THE JUNCTION, BLINDLY, AT HIGH SPEED. Said ambulance, coming from the north side has to swerve slightly out the way to avoid collision because the drivers of those cars were too stupid to realise why everyone else was stopping. Had the ambulance crashed at that point, at least 7 roads all linking to that junction would have been crippled, as well as the obvious danger of whoever the ambulance was trying to serve being in a worse situation. All because two people wanted to get across 10 meters of road quicker than the emergency services. Urgh.

– A recent article goes up and I talk about objectivity and the metatextual aspects of a particular game. First reader’s response? To say I clearly never played the game because I apparently got the mystical race of the fictional character wrong. Which is made all the more galling because A) I didn’t get it wrong, B) what he refers to in my article isn’t actually IN my article (he paraphrases and ends up putting words in my mouth), C) he clearly didn’t read the article properly in his scramble to try and defend the game, which is amusing because D) I wasn’t criticising the game in the first place, and now E) the rest of the readers are caught up in a pointless argument over what bloody mystical race the fictional character is, and F) I cant respond because I don’t have the necessary access. I’m actually laughing now, because it’s kinda funny. Maybe the medication is kicking in.

– Littlewoods online has left me in the lurch with my Wii remote, telling me the delivery date of Dec 22nd is now mid Jan. Which would be fine if they hadn’t told me on Dec 23rd. And already took the money out. And if I didn’t need the damn thing before then for the relevant New Year’s parties. Take in mind I ordered it in November, it’s horrible service.

– Casual prejudice/bigotry from a forumite, with no apology or explanation. To indulgently quote a character of mine: “The 21st century. Age of enlightenment. Aint it a trip?”

Wow, this is cathartic. I feel much better now.

Anyway, to my actual planned entry this week as not to make me seem like a totally sour old man. Namely, the project update blog. Nothing fancy about this; it’s a rundown of how each project I’m working on is going in an attempt to:

a) Keep you up-to-date on the billion stories I’ve got going,

b) Keep my arse busy on them by making you aware of them. Which may be a basic psychology trick (you know of them, therefore they’re in the public domain and now need to constantly pushed on so I don’t feel like an idle wretch),

c) Hopefully provide a tally of my successes (probably boring), my failures (probably more entertaining) and everything in-between (probably the bulk of this blog).

So this section will be projects either close to completion, in progress for publication or actually complete and awaiting publication.

TITLE: Secret comic project (can’t say much as I’m under contract)
TYPE/MEDIUM: Monthly comic book series
GENRE: *whistles*
PUBLISHER: *coughs*
CURRENT STATUS: Ongoing monthly, several issues written, some to be drawn imminently.
YOU’LL LIKE IT IF YOU LIKED: Sorry, cant say at this stage… gives far too much away.
PREVIEWS: Coming next year
PUBLISH ETA: Late 2007, 2008 and hopefully beyond.

TITLE: Butterflies and Moths
TYPE/MEDIUM: Full 22 page comic book story
GENRE: Supernatural drama
PUBLISHER: Futurius
CURRENT STATUS: Written, currently being drawn by a fantastic artist to be named soon
SYNOPSIS: “What would you do if you’ve been given the hardest choice to make in your life – and had to make it over and over and over again? What would you do? How would you cope? How far would you go to sacrifice your life for the sake of others?”
YOU’LL LIKE IT IF YOU LIKED: Donnie Darko, The Sixth Sense
PREVIEWS: Coming soon!
PUBLISH ETA: Sometime in 2007

TITLE: The Cure
TYPE/MEDIUM: Prose novella
GENRE: Psychological thriller
PUBLISHER: Gorelab, hopefully (Adam? Adam? 😉 )
CURRENT STATUS: Written and finished, around 12,000 words
SYNOPSIS: “When an insular Eastern European family living on the borders of a terrible war are forced to take in a mysterious stranger, they find their lives spiral into a land of distrust and sickness, as ghosts of the past threaten every part of the future.”
YOU’LL LIKE IT IF YOU LIKED: The Sixth Sense, The Village, Signs, The Mothman Prophecies
PREVIEWS: Available on request
PUBLISH ETA: TBA

TITLE: The Twilight Cleaner
TYPE/MEDIUM: Comic book short story
GENRE: Horror
PUBLISHER: Onyx Cross
CURRENT STATUS: Written, currently being drawn by the brilliant Armando Mendoza
SYNOPSIS: “Within the trappings of society and expectation, a young woman finds herself asking the question of where her loyalty are, to carve out a worthwhile future. Of course, when you’re a vampire survival by night and death are necessary, and the limited options force her into a horrific dawning realisation…”
YOU’LL LIKE IT IF YOU LIKED: Buffy the Vampire Slayer, The Lost Boys
PREVIEWS: Coming veeeeeery soon…
PUBLISH ETA: Late 2007