After three weekends of events, it’s probably come as no surprise that I need a bit of a break – so I’m fortunate enough to be off on one. I’ll try and do a quick write-up of the past couple cons when I get back, barring any sudden new events that steer me off course.

See you in a couple weeks! Try not to totally destroy this place while I’m gone… 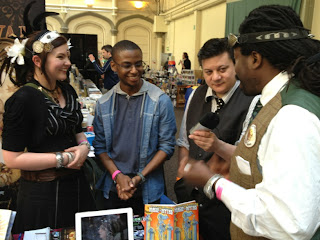 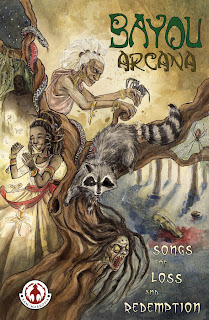 The past week has been a whirlwind. But in a good way.

Our Tomorrow’s World… Today! event to kick off Clockwork Watch was a (very enjoyable) success. Tiring and somewhat surreal, but utterly amazing. In the build-up we gathered press from publications/sites such as TimeOut and TOR, which no doubt helped in creating a buzz for the day. And when it all began, the London Bridge Arch tunnels were full of people in Victorian costumes, market stalls, actors playing out the characters from our graphic novel Clockwork Watch: The Arrival, announcements, unveilings, and more. It was a spectacle in the best way possible, and everyone who attended appeared to have a great time. On top of that, we sold a fair few copies of The Arrival, which was appropriate given that the event itself was the ‘interactive backstory’ to Clockwork Watch, while The Arrival is essentially what happens after the fictional events of the day ended.

Explaining that concept to people made me realise just how powerful Transmedia is. Trying to break down Transmedia is a tricky task – when you say you’re telling a story through various mediums, it’s really only scratching the surface of the concept’s potential. It was only through the day when I interacted with people and took it all in, that I realised what was happening and what Yomi (the creator of Clockwork Watch) was building.

The event itself IS the story.

Everyone who attended ARE the story.

A whole section of London Bridge had been transformed to transport visitors back to the Victorian era, which was then filled with props and people all interacting, subtly creating exposition in the most memorable of ways. On entering the venue, my girlfriend and her friend were accosted by several actors who – in character – wanted to know which they thought more important: knowledge or imagination. While they all formed convincing and fun arguments, they were (without realising) laying the foundations of the main story behind Clockwork Watch. My g/f got into the swing of things and put up a great argument for her opinion on the matter, enjoying this surprising entry into the event, and she will no doubt remember it for a long time. Which is exactly the point – when she now reads The Arrival, this philosophical argument will be in the back of her mind, as will going into the ‘cocktail juice bar’ that was present at the event (a type of bar which is introduced later in the story), and seeing and engaging in everything this fictional universe offered. She, and all the others at the event, have *lived* in the world of Clockwork Watch. Rather than merely read some documents, watch a brief video or anything else (all of which you can still do), they have become part of the fiction they’re engaging, compounded by some of these people already literally drawn into the first graphic novel. And as videogames have taught us, direct interaction within story is a very powerful tool.