The Sleepless Phoenix: Survival Stories anthology has launched at the British International Comic Show (BICS) today, featuring stories from the likes of  Martin Conaghan (Burke & Hare), Ben Bates (Sonic the Hedgehog), Jim Boswell (KiCk!), Peter Forbes (Oz: Fall of the Scarecrow King), and more, as well as including horror short The Twilight Cleaner by myself and artist James Daniels. You can check out the previews right here: http://www.kickstarter.com/projects/910305588/the-sleepless-phoenix-comics-anthology/posts and a preview of The Twilight Cleaner below:

The Twilight Cleaner
By Corey Brotherson and James Daniels 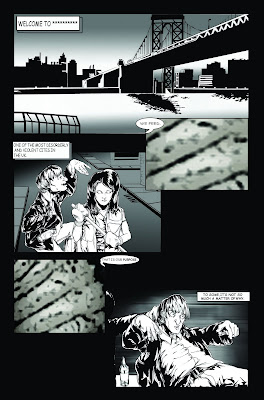 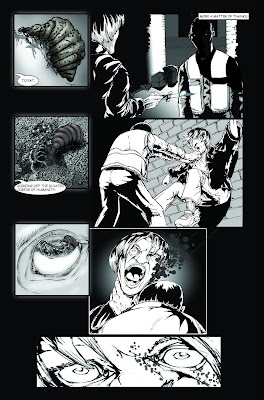 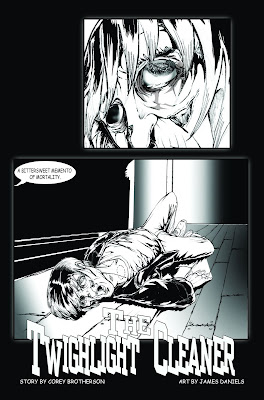 You can buy Survival Stories at BICS or by dropping me an email or leaving me a comment. Thanks for all your support!

So, we’re launching a new book in a few days.

I’ve mentioned this before, but perhaps haven’t mentioned it quite enough. The Sleepless Phoenix: Survival Stories anthology will be launching at the British International Comic Show (BICS) this Saturday 16th October, playing host to a massive array of talent. You can read all the backstory at the site, but the most important thing is that Survival Stories is going to come swinging out of the gates with 192 pages of tales from all kinds of genres and styles, from the likes of  Martin Conaghan (Burke & Hare), Ben Bates (Sonic the Hedgehog), Jim Boswell (KiCk!), Peter Forbes (Oz: Fall of the Scarecrow King), and more. Popular and respected British writer, Mike Carey (Lucifer, The Unwritten, X-Men Legacy) said the book is “a kaleidoscope of graphic stories – mostly in the darker colours of the horror palette, but all the better for that.” – so it can’t be too bad, right?

Lauren Sharp and Michael Moreci have been among some of the creators who have made sure this could come together to happen, and will be among a selection of creators at BICS helping launch and sell the book. If you’re at BICS stop by our stand, say hi and check out the anthology. If you want to buy a copy, please get in touch and you can order through me.

What’s that, you ask? You want to see some previews? Well, take a look right here: http://www.kickstarter.com/projects/910305588/the-sleepless-phoenix-comics-anthology/posts.

Oh, yeah – Survival Stories also has a 12 page story by myself and James Daniels, The Twilight Cleaner. It’s a British based coming of age vampire story with a little… well, buy a copy and find out for yourself…

The Twilight Cleaner
By Corey Brotherson and James Daniels

My head is spinning. Not literally, but it’s spinning nonetheless.

I have no idea why. It could be overwork. It could be too many things happening at once. It could be me taking in too much Breaking Bad right now (which is, in my opinion, one of the best written shows on TV and highly recommended).

I honestly have no idea why.

But there are lots of things happening, so whatever is clouding my head into a jumbled mess I’m going to just have to try and find that Moment of Clarity and get on with it.

(But I’m not giving up Breaking Bad. No no no, I’m appropriately hooked).

So, what we have coming on this site is a rush of updates in the coming weeks. The first is an update on mine and Sergio’s miniseries, Magic of Myths. We recently discovered the great news that the Magic of Myths ebook sampler has broken 5,000 views and still climbing each week. It’s a wonderful surprise and motivates us even further towards the release of the Magic of Myths graphic novel, early 2011. Thanks for all your support – the series wouldnt be where it is without your backing and there will be more to check out at the end of the year.

What’s next on the agenda? A little something called Survival Stories. Stay tuned…